A messaging app’s privacy and security are a requirement, not a feature. As a result, BiP has included “security” in the application’s architecture.

Your messages and calls are only between you and the person with whom you’re communicating with end-to-end encryption. No one, including BiP, has access to your messages or calls.

End-to-end encryption secures sent messages with a lock, with only the sender and receiver having access to the key. Third parties, including BiP, are unable to intervene and access the message and call content because all of these encryption and decryption flows take place on the users’ devices and each message is encrypted.

End-to-end encryption is inherent in the app and is applied automatically to one-to-one messaging, audio, and video calls without the need to change any settings.

Every end-to-end encrypted individual chat can be verified!

This security code, which is created specifically for each chat, can be accessed under the “encryption” heading on the information page of the person chatting with*. The other party’s QR code and 64-digit security number can be matched at any time. If the codes do not match, you are most likely scanning the code for someone else or a different phone number. If the other person has recently reinstalled BiP or switched phones, we recommend that you renew the code by sending them a new message and scanning the new code.

These codes serve as the visible key to the security between you and the people with whom you’re conversing. However, these codes are not the key; the real key is always kept hidden.

For end-to-end encryption and other security information, click here

End-to-end encrypted chats have a unique security code (QR code or 64-digit number) that can be used to verify the encryption. Only End-to-End encrypted chats have this code, and each chat is unique. At any time, it can be paired with the other party. These codes serve as the visible key to the security between you and the people with whom you’re conversing. However, these codes are not the key; the real key is always kept hidden.

If one of the two chatters reinstalls BiP or changes their phone, the special security codes used for end-to-end encryption may change.

If you want, you can be notified whenever the security code in any of your chats changes. 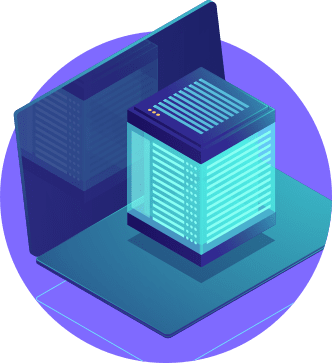 “Waiting for message. This could take a while.” message

On occasion, instead of the sent message, the message “Waiting for message, this could take a while” may appear on the chat page. This is because if one of the chatters reinstalls BiP or is using an older version, it can take a while for the phones to come online and for the end-to-end encryption feature to work.

To expedite the process: